It happens every year around this time. The sun shines brighter, the days grow longer, and everywhere you look there’s bunnies made of chocolate. And marshmallow. And peanut butter. And jelly beans, oh my god, how could I forget the jelly beans?! It’s the season when you can’t enter a CVS without leaving with an 500 extra calories in your possession. First you see the blue and pink decorations, then the sign declaring “Easter is Here!”, and before you know it, you’re standing in line with handfuls of Cadbury Creme Eggs. In front of you are real human beings with real friggin’ needs, buying pregnancy tests, hemorrhoid ointment, and hydrogen peroxide, and there you stand, clutching handfuls of chocolate filled with yolk-colored goo. And it’s only a handful because you know that if you picked up a basket that that basket would end up full, and you won’t let happen again. At least not again this week. That’s what this time of year is all about. Well, that and Jesus Christ.

Let’s be honest, in the battle between slovenly secularism and pious piety, Santa Claus left Jesus in the dust long ago. But the battle for Easter wages on. Sure we love our candy, and tricking our children into thinking a giant diabetic bunny can break into their bedrooms, but I’m not sure that’s yet eclipsed the religious significance of the day. For many Christians, Easter is the holiest day of the year, as, I mean, being resurrected is a pretty big deal. Growing up Catholic, Christmas was all presents all the time, but Easter, even with all the dyed eggs and stuffed bunnies, had a distinctly Jesus-y feel to. So I’d like to settle this once and for all: in the ultimate showdown for Easter domination, who wins, the religious or the delicious? Jesus Christ or the king of holiday chocolates, the Cadbury Creme Egg? Let’s break this down:

Flavor: The Cadbury Creme Egg is the perfect candy for the season because it tastes like heaven. The hard, milky chocolate shell stuffed with the super sweet filling, it’s so delicious you totally forget that you’re eating a candy modeled after a raw egg.

Jesus, on the other hand, tastes like cardboard. If you’ve ever received communion at church, you know they tell you that the wafers are in fact “the body of Christ.” Well, Christ must not have had an ounce of fat on him, because those suckers are bone dry. I mean seriously dude, would a piece of cake every now and then have killed anyone? Communion wafers taste kinda like a really old saltine, except without the “salt”, and presumably not much of the “tine” either. Sure, the Body of Christ isn’t supposed to taste good, but if you’re gonna compete with Cadbury, you’re gonna need to bring a little cheddar cheese and perhaps a dollop of mayo to the party.

Metaphysical Significance: Tough to compete with Jesus on this one. He was the son of God, he died for our sins, and people pray to him and his Dad constantly. A Cadbury Creme Egg, on the other hand, is a piece of candy.

Variety: Cadbury Eggs come in Original (Old Testament), Caramel (New Testament), Orange (Gross Testament), and Chocolate (Totally Underrated Delicious Testament. Seriously, you gotta try this Testament.) However, there’s only one Jesus Christ. Booooooring. Would a flavored Jesus have been so difficult, God? Are you trying to ignore the demands of the modern marketplace? Go to Starbucks sometime—they pour caramel on everything and people lap it up. Whip up a Jesus Caramel Christ and I promise you another million followers by lunch. Or, just an idea, Pumpkin Spice. It’s huge.

This is not even mentioning the Cadbury Mini Egg, a delicious variation on the Creme Egg theme, to which Jesus has no answer. The closest thing JC’s got is the Apostles, and while they are wise, they lack the crunchy candy shell.

Strength of Concept: Who was the first person who cracked a raw egg into a bowl and thought, “You know what? This would make a fantastic piece of chocolate”? Because that’s insane. And there comes a moment in the eating of every Creme Egg where that ugly reality dawns on you. “Hmmm. This is a sugary version of an unfertilized baby chicken. Not cool.” Does it stop you from eating? No it does not. But the experience is marred nonetheless. Seriously, think about this the next time you pop open a Cadbury. I promise you’ll enjoy it 25% less. Hooray!

On the other hand, the world has bought into the whole Jesus Christ concept pretty hardcore. I mean, people have fought wars over that shit. The Pope’s selection was on every TV channel, and he’s like 5% as a big as JC, tops.

Market Dominance: Peeps. That’s what it all comes down to. The battle between the influence of religion and the insane yumminess of candy boils down to a little marshmallow chicky. Because Christianity is far and away the most popular religion in the world. When last measured, 33% of the world identified as Christian, and the next closest was Muslims at 22%. Jesus Christ, large and in charge. Cadbury Creme Eggs however, have serious competition in the Peep. I hate them, find them flavorless and frankly a little creepy, but I am not in the majority. Some people hate Creme Eggs and will only Peep it up. I don’t understand them, but they exist, and they challenge the Creme Egg everyday.

Which means that winner, and still champion, of the Easter holiday is… 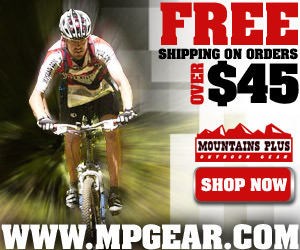 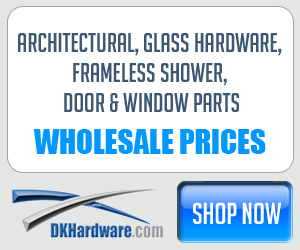